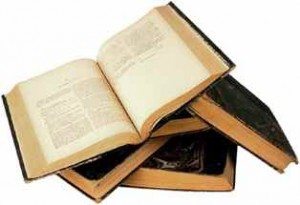 My company organised a beach volleyball tournament at the coast, IJmuiden aan Zee, and arranged transport from work to the venue promising that there would be public transport available to take people back to Amsterdam at their leisure.


I decided to leave about mid afternoon as didn’t want to stay for the BarBQ and made my way to the bus stop.

By now I was starting to understand that they too were travelling towards Amsterdam, and taking pitty on me, had decided to adopt me and look after me. It was when they started force feeding me a Dutch equivalent of custard creams that I realised my journey home was going to get worse. I had no idea where I was or which bus I was on, with all the confusion, but just knew that we were going in the general direction of Amsterdam. Ten minutes later, which by now had felt like a lifetime, I recognised PONTPLEIN, the stop where you can get a speedy jet foil ferry to Amsterdam – luckily I had been their once before during my brief spell in the Netherlands. I seized the opportunity to escape and fled for the exit leaving behind their whales of disappointment of loosing their newly found adopted foreigner-in-distress.

The timetable revealed that there wouldn’t be a bus for another 45 minutes but as I was studying this a group of old Dutch ladies joined me at the stop. A bus pulled up, with no number on the front, and the driver beckoned me to hop on. He drove off as I was trying to pay for the ride and he just told me to sit down. I could hear the old dears talking about a WROUW and ENGELS so realised they were talking about me. After ten minutes the bus stopped on the verge of the dunes and a housing estate and the old ladies went to get off. I was also ordered off the bus so by now I was totally confused. I tried to talking to the bus driver and the old dears but none of them spoke English. I then realised that outside of Amsterdam I was totally lost without a few words of Dutch. The old dears grabbed my arm and proceeded to help me cross the road and dragged me to another bus stop.

Maybe they had all been girl guides in their youth. Anyhow, after that I vowed to learn some basic Dutch so that I could at least ask my own directions in future.

What’s new?
Why I decided to learn Dutch (2)