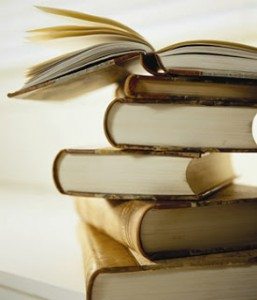 I hate commuting through Amsterdam Central but it’s an evil necessity. One day, as the crowd descended off the train and down the stairs, I noticed a blind man directly in front of me struggling to find the hand rail as the crowd surged past him. I knew that he was blind as he had bumped into me before. My natural motherly instincts kicked in and I tried to guide the man to the safety of the side of the steps and tried to use my body to protect him from the pushes and shoves of the other commuters. “Don’t worry!” I shouted “I’m here to help you. Where do you want to go? Down the stairs? OK I will guide you?” and with that I took his arm and started to take him down the steps. He tried talking back to me but he was obviously in shock at the noise and flow of the crowds. He mumbled something but it was in dutch so I just shouted back “It’s all OK, nearly there, nearly at the bottom”. It never crossed my mind that he didn’t speak English after all, I was told that everyone in Amsterdam speaks English.By the time we had got to the bottom of the stairs the crowd had rushed passed and died away so we were left virtually alone in the corridor below Central Station. “OK we made it” I said “So where do you want to go? To the exit? No problem – this way.” The whole experience had obviously quite upset him as he was very agitated. Worried about his worsening condition I increased my determination and dragged him to one of the main exits where there were rail staff that could help.I couldn’t believe that I was the only person helping this guy so was very satisfied with myself when I delivered him safely to the information desk where Dutch speaking staff were available to help him further.Imagine my dismay when I realised, having overheard some mumbled words and town names that I recognised, that the blind man had in fact been waiting to get on the train that I had disembarked from. Not only that but by now he had missed it!I bowed my head and dashed for the station exit to get away from this awful scenario that was unfolding in front of my very eyes. I could feel my face flushing with the embarrassment of it all. The cool air hit me and I was glad of the fresh air. Imagine my shock then when I saw three other blind people, each walking behind the other with one hand on the person in fronts’ shoulder, trying to make it through the crowds to the station. This time I decided not to help and ran in the opposite direction for the tram home!