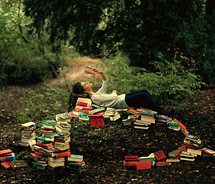 I had recently arrived in Amsterdam and had been invited by my Dutch boss to a business dinner with some potential new clients. I really wanted to make an impression but was very nervous about getting transport out of the city – I could cope with the tram system but getting trains and buses was a bit daunting. Another colleague at work took pity on me and offered to give me a lift. The dinner was at 8pm and we agreed a meeting time of half past 7. My colleague never showed at the rendevous and I missed the dinner. I was furious and thought that he had stitched me up and this was just industrial espionage at it’s worst. I felt very embarrassed to later learn that half past 7 is actually 6:30pm to the Dutch.

Why I decided to learn Dutch (2)
Tips and Advice