You are here: Home › New rules for au pairs criticised by MPs from all parties
By Alexander Goede on 17 september 2014 in News

The government’s new rules for au pairs have come under fire from across the political spectrum, with MPs from the ruling VVD describing them as ‘odd and patronising’. 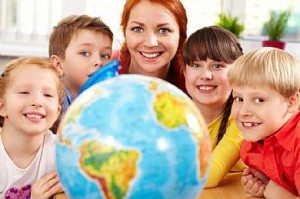 The rules, due to come into effect in July 2015, state an au pair should not work more than 20 hours a week or more than four hours a day.

Their host family must also pay for them to take Dutch classes, the rules state.

Currently, au pairs can work up to 30 hours, but research shows many do more than this, broadcaster Nos said at the weekend.

He says social affairs minister Lodewijk Asscher and junior justice minister Fred Teeven have based the legislation on an outdated survey.

In addition, compulsory Dutch lessons are a daft idea, given that au pairs are only temporarily in the country, he said.

D66 MP Steven van Weyenberg is equally critical. ‘Let us ensure the current rules are adhered to, rather than introduce new ones, he said.

CDA MP Pieter Heerma told Nos it is unclear what problems the government thinks the new rules will solve. ‘And this at a time we are trying to cut government interference,’ he said.

Teeven and Asscher say ‘the au pair regulations are not meant to replace regular childcare, home helps or domestic services,’ Nos quotes the ministers as saying.

Uber and Airbnb are okay, say MPs, calling for a level playing field
Guide to the Dutch: Society and working culture